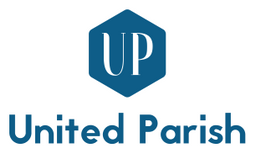 HOW TO READ THE BIBLE

David became the king of Israel following their first king, Saul. David chose Jerusalem, or “Zion” as the capital of Israel and brought the Ark of the Covenant, their symbol of God, to Jerusalem. David’s reign was a major event in Israel’s biblical narrative. King Saul was envious of David and attempted to have him killed. David kept his power through perceptive politics and forgiveness in his treatment of his enemies.

For additional information, Read  The Life of King David

WEEK 3 - LITERARY STYLES IN THE BIBLE

Joseph was the great-grandson of Abraham. After being sold into slavery by his brothers, Joseph later became the top officer for the Pharaoh of Egypt and saved his family from famine. Joseph’s reaction to the betrayal by his brothers demonstrated forgiveness and redemption, portraying how the Israelite people were able to survive throughout the Old Testament.

For additional information, Read  The Story of Joseph and his Coat of Many Colors

WEEK 2 - THE STORY OF THE BIBLE

Moses led the people of Israel from Egyptian bondage to the land promised for them by God. Although Moses was reluctant in his task, he was the mediator between God and the people, as the Israelites escaped slavery and became a nation founded on God’s laws. Moses’s is remembered as a hero of the Old Testament as he issued God’s miracles while dealing with Pharaoh. He is considered to be the only man ever to meet God in person. Four out of the five books of the Pentateuch are devoted to Moses and Israel’s activities during his lifetime.

For additional information, Read "From Birth to Death - The Story of Moses by Michael Bradley"

WEEK 1 - WHAT IS THE BIBLE? Click for study guide pdf.

Abraham, the patriarch of the Hebrew people has often been called “Father Abraham” as the early Israeli nation began with him. God established his promise or covenant with Abraham, and continued an ongoing relationship throughout Abraham’s family. Abraham worshiped a monotheistic (only one) God, he remained true to God, and throughout Abraham's numerous challenges, the Israelite religion’s path of righteousness was formed by God beginning with him.

For additional information, Read "Story of Abraham from the Bible: Life and Lessons" by Robert Driskell